Outlaws: Crime in Philadelphia
Even the criminals, the courts and the prisons of this town have a Philadelphia distinctiveness. The underworld has its own version of history.

Computers, Digital Cameras, and Cellphones
Much of the early development of the electronic computer took place in Philadelphia. We lost the lead, but it might return.

Personal Finance
The rules of financial health are simple, but remarkably hard to follow. Be frugal in order to save, use your savings to buy the whole market not parts of it, if this system ain't broke, don't fix it. And don't underestimate your longevity.

Dislocations: Financial and Fundamental
The crash of 2007 was more than a bank panic. Thirty years of excessive borrowing had reached a point where something was certain to topple it. Alan Greenspan deplored "irrational exuberance" in 1996, but only in 2007 did everybody try to get out the door at the same time. The crash announced the switch to deleveraging, it did not cause it. 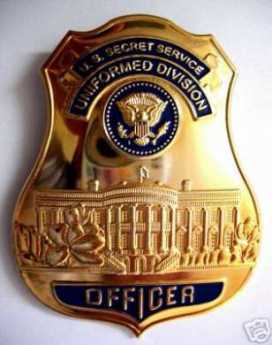 The Internet provides new blessings, but new problems as well. Identity theft has now ballooned from a rarity to a fairly serious issue. After initial turf confusion, the issue has been assigned to the U.S. Secret Service. If it happens to you, that's where you make your anguished call. (1-877-ID-THEFT) or www.consumer.gov/idtheft

There's a certain logic to regarding identity theft as a modern form of counterfeiting, which has been with us since the days of William Penn. Shirley Vaias, representing the Philadelphia regional Secret Service, recently addressed The Right Angle Club of Philadelphia on the topic. It makes sense to learn the Service is headquartered on Independence Mall, across from the Mint. The crude forms of printing in the 18th Century made counterfeiting easy, and ever since the early days, there's been a race between improvements in technology and improvement in counterfeiting. We now have a paper with little red fibers in it, watermarks, serial numbers, color-shifting inks, microprinting of secret messages in the portraits, special magnetic strips, and probably lots of other clever things we aren't told about. The Bureau of Printing and Engraving is changing the currency, one bill at a time, and recently there was a new ten-dollar bill. A counterfeit version was in circulation within six hours.

ATM machines are equipped with counterfeit-recognition devices, and special gadgets are provided for banks and retail stores, but one detection device traditionally catches most fake bills. After handling huge amounts of currency, bank tellers catch a counterfeit just by the feel of the paper. Color photocopiers are getting better and cheaper, but of course, they can't change the serial numbers, so they aren't as smart as they seem. About one-hundredth of one percent of the currency in circulation appears to be fake, so you are pretty safe, but the possessor of a bad bill is deemed to be the one out of luck. The consequence is that many citizens suspect a bad bill, take it to a bank and have it instantly confiscated without recourse. That would seem to discourage reporting a counterfeit, encourage passing it off to an unsuspecting friend, and overall seems terribly unfair; but it results from the wisdom of the ages. Experience shows honest citizens are indeed tempted to try to pass the money on. While the banks don't enjoy being policemen, the effect is that counterfeits will circulate until they hit a bank, and thus confiscation is fairly comprehensive.

As the printing of money gets more complicated, the special presses needed to produce good money has become a monopoly of certain German companies, who sell the machines to other countries. Some of the American presses thus got into the hands of some Russians, who sold them to the North Koreans. So for a while at least, the North Korean government was printing American currency. It provoked vigorous countermeasures, the nature of which is confidential.

A bill of any denomination costs the government about half a cent to produce and lasts about four years in circulation. When tons of old bills are retired from circulation, the serial numbers are recycled; to an outsider, that sounds like an impossibly tedious job, but they say they do it. There's also the issue of seignorage, a term for the profit the government makes when the paper currency gets destroyed in one way or another, costing less than a cent to replace. Just how profitable the currency business is, cannot be accurately determined, because a lot of it is buried or hidden in mattresses and might someday resurface. But there is a substantial profit, which like any shrewd businessman, the government weighs against the cost of detection. Bail bonds and casinos are big sources of bad money, as could be readily imagined, and hence it is in their interest to get pretty sophisticated (and extremely unpleasant) about detection. On balance, however, it can be expected that legalized gambling in Philadelphia will promote more counterfeiting in the local economy, and hence is an offsetting cost of the tax revenue.

Over the centuries, governments have learned how to cope with counterfeiting, and there is actually much less of it than a century ago. You win some and you lose some; life just goes on. With internet identity theft, however, the criminals are developing techniques faster than governments have learned to combat them, and it is governments who struggle to catch up. Unfortunately, everybody takes a business-like approach to the matter, asking whether the precautions cost more or less than the losses. It would seem that if money continues its migration from paper currency to bookkeeping entries, it will eventually seem unsatisfactory for only one party in a transaction, a bank let us say, to keep the books while the public simply trusts them. Eventually, each individual will be forced to seek the protection of some sort of computerized system keeping the counter-parties honest, on behalf of the public, and to prevent a paralysis of commerce. Identity theft is getting expensive enough to warrant the effort.

Just how to do all that is not too clear. So, in the meantime, just let the Secret Service figure it out.

What lead me to this website, is my curiosity I'm a recent victim of unauthorized charges to my checking account at Citizen Bank in Philadelphia PA. since December 2008. I was watching a news article regarding a employee sharing customer's information with someone for the purpose of defrauding customers at local banks. I know that I may or may not be one of the customers whom information was given to this person, but I would like to know if the instuition that I allowed to protect my money and personal information, can let something of this malitude to happen where the State Attorney General has indictments for this group of individuals, how can I trust that what happened to me will not happen again or that my persona information is secure. Also, since December 2008 my account has substained multiple over-draft fees, late charges to my mortgage co., auto finance co., and utility co. how do I go about recovering said charges, or repairing my credit with my creditors. I sent a certified letter to Citizen Bank with the date, transactions, whom transactions was sent, and the amount of each transactions. I received return receipt October 8, 2009 I haven't received any feedback from the financial insitution. If I was at fault for any transactions that were not authorized said instituion would have taken steps swiftly and with no regard to my account or funds. I just would like some feedback on my options as how to re-claim my monies, respect, and trust with a financial instiution to would allow this to happen.