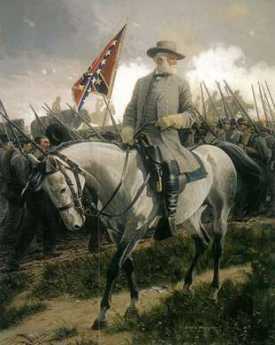 It seems a useful question for history students to be asked to name the six times that Pennsylvania has been invaded in a serious way. Serious, in the sense that the invaders might very well have conquered the state, and serious in the sense that thousands of people died in the attacks. You could add the Whiskey Rebellion, if you wish, when it was Washington himself who was leading the Federal Army against the Scottish settlers. Or various Indian uprisings. Or the boundary disputes with Delaware and Maryland, which were settled peacefully. But we're talking here about real wars.

The first was called King George's War, where French and Spanish privateers ravished the Delaware Bay, and Benjamin Franklin achieved fame for creating the militia. Then the French invaded from the North, down the Appalachian chain of mountains, with the main goal of the forks of the Ohio at what is now Pittsburgh. Then, George Washington no less started the French and Indian War at the same place; in Europe, they refer to this as the Thirty Years War, Then, Connecticut invaded the Wyoming Valley at what became Wilkes Barre. Then, Virginia wanted a clear path to the Ohio River. Then, the British invaded and occupied Philadelphia itself. In the War of 1812 the British mainly aimed at Baltimore and Washington, but there was serious naval warfare on Lake Erie. The biggest and bloodiest invasion was yet to come.

In 1863, General Robert E. Lee invaded from the south with the initial target of Harrisburg, but that was mainly for the purpose of cutting the rail lines to the Arsenal of the North -- Philadelphia.

In just about every case, the invaders were tempted by Pennsylvania's reputation as a pacifist state, a reputation which is well earned, but qualified.