American Finance After Robert Morris
Robert Morris can be fairly said to have made the American Revolution possible.

Premature Solutions to the Credit Crisis of 2007 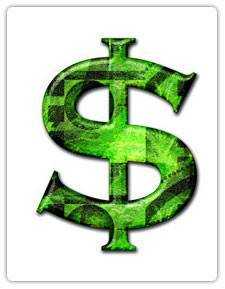 One of the things being said in Academia in 2008 is that the 1929 crash was the result of many futile attempts to preserve the gold standard. That's the first time that particular formulation has surfaced in eighty years. It may not be correct at all, and even if correct it doesn't say what should have been done about it. Life is short and the Art is long, but somebody must do the best he can with the information available. Unemployment was over 30% in those days, and hundreds of Americans froze to death in the Depression because they could not afford to heat their rooms. Right or wrong, there are times when some action must be taken. But if you can possibly sit tight and figure out a sensible thing to do, it's certainly better.

So, we hear proposals from Henry Kaufman to create a separate Federal Reserve for big institutions alone, while others say banking oversight is already too fragmented between the Fed, the Controller of the Currency, the Secretary of the Treasury, the FDIC, state banks and national banks, the SEC, the Bureau of Management and Budget, and on and on. This line of argument takes the formulation that we should regulate mortgages, no matter who is involved in them, rather than banks, on non-bank institutions. On one point everyone is in agreement, that we need more information more quickly, more transparency, less asymmetry of information. At the same time, everyone is aware that it probably will eventually be possible to describe this whole mess on one sheet of paper; the truth is totally hidden by information overload. Don't talk so much; say something.

At the GIC (Global Interdependence Center) recently, a brilliant professor of the Wharton School gave a magnificent summary of the situation, now nine months old, enumerating a number of insights which had not even occurred to an audience of bankers and businessmen. They applauded enthusiastically, and then someone asked how Credit Default Swaps fit into this picture since they had not been mentioned. It immediately became embarrassingly evident that the professor knew almost nothing about that topic beyond a couple of pat sentences. But Credit Default Swaps now total trillions and trillions of dollars, more than doubling in a year. Since they are private transactions unreported to regulators, no one has measured the matter or will divulge what has been measured. But since they represent a volume several time the size of the underlying debt market, and every swapper swaps with someone else, it seems inevitable that huge imbalances exist somewhere. It would be nice to have a general idea out of whose pockets the excesses come, and into whose pockets they go. Maybe all this is irrelevant to the present crisis, but it isn't irrelevant to the distrust and fear in the markets. If someone proposes a law about this situation, he had better have divine guidance.

An example of what causes markets to freeze up because people are afraid to buy, comes from an anonymous person in an elevator. Speeding between floors, he remarked earnestly to a friend, that when he worked for Goldman Sachs his department churned out dozens of innovative debt instruments. If one of them happened to get popular, then and only then did they set about devising ways to measure them, and adjust the prices. It's impossible to stop rumors of this type because they sound so plausible. In fact, they may even be true.

In fact, some of the most incisive comments come from people with no insider information at all. Such as a businessman who listened intently to the lecture and then called out, "Where were the accountants in all this? Aren't they paid to know what is going on?" The answer was that FASB rules should be tightened up. Maybe so, but it sounds a little thin.

The political risk is considerable. Only 6% of the population is old enough to remember 1929 and its aftermath, only 25% more can remember 1973, and 25% more can remember 1991. That means that nearly fifty percent of the public can never remember a severe recession at all. A politician running for office could tell them anything, and they would have no reason to challenge it. Or put it this way: the advisors who elected a young President could tell him anything, and it isn't certain he would fire them for it.