Sights to See: The Outer Ring
There are many interesting places to visit in the exurban ring beyond Philadelphia, linked to the city by history rather than commerce.

Academia in the Philadelphia Region
Higher education is a source of pride, progress, and aggravation.

Gardens Flowers and Horticulture
Gardening, flowers and the Flower Show are central to the social fabric of Philadelphia. 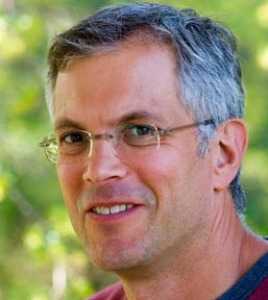 Adam Levine, the author of a new book about the Philadelphia public garden scene was recently the featured guest speaker at the Franklin Inn. He's a charming person, and has given us a great book.

He draws to our attention that the Philadelphia region is pre-eminent in the garden world, and has been so for several centuries. While it is true that Philadelphia has a mild enough climate to be suitable to two climate zones, the early settlers came from a region of middle England that has been a garden center since Roman times. And they were Quakers, uncomfortable with the outward show in buildings and furnishings, but flowers were innocent instruments of the display. Although Chanticleer was created by a Pennsylvania German family, the great centers of public gardens are mostly traceable to the influence of Quakers, and the du Pont family. Since one or two years of neglect will ruin almost any garden, the essence of great gardens lies in the ability to survive.

In fact, the Philadelphia area contains hundreds of gardens which have decayed and virtually disappeared. The Horticultural Society is at the heart of garden preservation, financed in large part by the annual flower show, but even that thriving organization is hard pressed to do justice to the vast areas that need tending. Woodlands would be an example of an area needing tending, and Friends Hospital is an object lesson. When that venerable institution was sold to sharp pencil types from out of town, the Azalea gardens on the grounds were closed to visitors, except for two hours a year. It makes you tremble to imagine how long this famous azalea collection will probably survive. Meanwhile, Germantown's famous gardens are maintained in a minimal way, stretching the resources of the owners who have more urgent demands to meet in their buildings and furniture. Indeed, it is hard to name a really outstanding garden within the city limits, with the exception of the Morris Arboretum, which barely makes it within city boundaries. The area back of the Art Museum along Boathouse Row makes a brave attempt in the spring, but it's a pale reminder of the glory which used to be seen in East Fairmount Park, especially at Lemon Hill, Stenton, and Cliveden. Stotesbury is just a relic.

Gardens have moved to the suburbs. Chanticleer, the Morris Arboretum, Longwood Gardens, Nemours, the Scott Arboretum at Swarthmore, West Laurel Hill, The University of Delaware in Newark, Cabrini College in Villanova, Haverford College Arboretum, Temple University's Ambler campus, and the Trenton Sculpture Gardens on the old fairgrounds -- all would demand mention in any list of outstanding gardens in America. But only a few of them aspire to the standards of an outdoor sculpture garden, where the goal was to surround each piece of sculpture with a garden in such a way that only one sculpture could be seen at a time. Now, that was gardening on the grand scale.

Hidden in a regional garden scene is the seed merchants, starting with John Bartram and famous under the Burpees, which make gardens possible. After all, there has to be a place to find these things. Perhaps the catalog stores, like Wayside Gardens, are the hope for the future. Every shrub or tree transported from a nursery takes up a ball of topsoil along with the specimen, and the appearance of nurseries around the periphery of a city is usually the first step in the development of housing projects. If there is an investment of topsoil in every garden, perhaps we ought to think a little bit about the way we let the investment dry up and blow away.