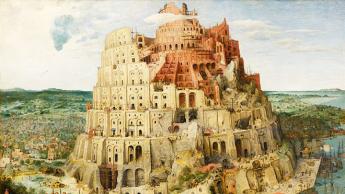 Few people choose to study economics; most people don't want to. But world economics have got in such a state that lots more of us had better give it some thought.

A century ago economics was mostly a matter of opinion, and therefore politicians organized the world on the basis of dogma, mitigated somewhat by public uproar. But present economic thinking contains a great deal of factual testing. Not quite enough to abandon any reliance on common sense, but enough to discredit the large volume of instant, reckless assertion which would have been acceptable in the past. Even on the primitive level of simply gathering the facts, the electronic computer has brought clarification hard on the heels of disruptions. Similar upheavals in different countries in the recent past can be quickly examined, to see what seems to work, what clearly doesn't. Transparency is the watchword of this crisis, and even the sources of non-transparency are quickly being stigmatized. The so-called "sell side" hates transparency, we hear. The sell side is now less credible.

And so we have been given permission to express our opinions. When experts admit they do not know the answers, the rest of us are unleashed to say what we think. Experts dislike that situation, so they speak in riddles. We're even getting on to that game. The situation requires stronger theories than we have had a chance to test experimentally, but some decisions cannot wait. Hence, these unscientific opinions are offered.