Philadelphia Before the English Settlement

Captain John Smith of Virginia, sometime friend of Pocahontas, wrote a letter to Captain Henry Hudson that he understood there was a big gap in the continent to the North of the Virginia Capes, and maybe this was the Northwest Passage to China. Hudson set out to look for it.

Smith's misjudgment now seems like a credible story if you take the ferry from Lewes, Delaware to Cape May, New Jersey. You are out of sight of land for half an hour on that trip, and it's a hundred miles of blue salt water to Philadelphia if you decided to go in that direction. In fact, the bay widens out to double the width or more, just inside the capes, and you can see how an explorer in a little sailboat might believe there was clear sailing to the Indies if you went that way. But as a matter of fact, Hudson encountered so much "shoal" that he ran aground repeatedly trying to sail into the bay, and soon gave up. He encountered a swamp, not an ocean passage. The Hudson River, and later Hudson's Bay, seemed like better bets.

What Hudson had encountered was one of the largest gaps in the chain of Atlantic barrier islands, formed by the crumbling of the Allegheny Mountains into the sea, and then washed up as beach islands by the ocean currents. At various points, the low flat sandy islands became re-attached to the mainland as the intervening bay silted up, and that's why the islands of New Jersey and Delaware seem like part of the mainland. And that's what would have happened to the whole Delaware Bay if it hadn't been ditched and dredged, and wave action diverted with jetties. The swamp was a great place to breed insects, so fish were abundant, and that brought birds in vast numbers. Two stories illustrate.

Once a year, a zillion ugly Horseshoe Crabs crawl out of the sea onto the Lewes beaches, and lay a million zillion eggs in the sand. Almost to the moment, a swarm of South American birds swoops out of the skies to eat the eggs. Those birds started flying months earlier from thousands of miles away, but their timing with regard to Delaware crab eggs is perfect, so this evolutionary semi-miracle must have been going on for many centuries.

Now, coming from the other direction, every hour each fall it is possible to see a hawk or two flies south to Cape May, then sort of disappearing in the woods. And then, at some unknown signal, tens of thousands of hawks rise from the bushes and travel together on the thirty-mile passage over the bay and then go on South. Cape May has lots of migratory birds and bird watchers, and it also has Cape May "diamonds", which are funny little stones washed up at the tip of Cape May Point.

In the spring, vast schools of successive species of fish migrate up the Delaware Bay to spawn in the reeds along the shoreline, but as each school encounters the point where the salt water turns fresh, they stop dead. They mill around at this point for several weeks adjusting to the change of water and then go on about their business. While they are there, it is possible for amateurs to catch amazing amounts of fish, if you know the best time, and if you know where the salinity changes. Since heavy or light rainfall can shift the salinity barrier fifty miles, you have to own your own boat if you want to enjoy this phenomenon, since the rental boats are all spoken for months in advance. Fishermen don't like to tell you about such things; patients of mine who literally owed me their lives have refused to say where I might find the fish this year.

Over on the New Jersey side of the bay, oysters like to grow, although something has just about wiped them out in recent decades. There is a town called Bivalve, which is worth a visit just to see the towering piles of oyster shells left over from last century. For miles around, the roads are actually paved with ground-up oyster shells. Up north around Salem, the shad used to run by the millions until the warm water emerging from the Salem (nuclear) power plant attracted them into the intake pipes and action was taken to abate the nuisance. The Salem Country Cub is one of the few places where planked shad can be obtained in season. The system is to split the fish open and nail it to a board, which is then placed in the big open fireplace to cook, and sizzle, and smell just wonderful good. On the other hand, if you want to buy shad in season (March-May) and cook it at home, the place to get it is in Bridgeton.

At the far northern end, at Trenton, the real Delaware River flows into the bay. The area has long since been dredged, but at one time the "falls" at Trenton were notable. Even today, if you travel upriver almost to Lambertville, you will see the river drop over several small ledges. Actually, rapids would probably be a better descriptive term, since Delaware picks up quite a strong current coming down from the Lehigh Valley. In seasons of heavy rainfall, the falls can be completely "drowned".

And down at Philadelphia where we live, the Schuylkill joined Delaware, forming the largest swamp of all at the river junction, a place once famous for its enormous swarms of swans. The Dutch discovered a high point of land at what is now called Gray's Ferry and made it into a trading place for beaver skins from the local Indians. There seems no reason to doubt the report that they took away thirty thousand beaver skins a year from this trading post, now the University of Pennsylvania.

An English sailing vessel was once blown to the East side of Delaware at what would now be Walnut Street in Philadelphia, and it was recorded in the ship's log that it was scraped by overhanging tree limbs. The high ground at that point seemed like a favorable place to situate a city because the water was deep enough for ocean vessels. They had stumbled on one of the relatively few places in the whole bay that was both defensible and navigable, where the game was abundant, and fishing was good. The rest is history.

A former president of the Holland Society of America recently explained the difference between a Society and a Club. Most of us supposed there was no difference, but it seems that a Society is permitted to be discriminating in its membership, while a club is not. In this quarrelsome age, that probably makes an important difference, but you will have to get a lawyer to explain exactly what it is.

As best it can be made out, a Society is permitted to be an organization with a certain composition, which would be quite illegal if done by a club. The fine points of the distinction have to do with what is in its Constitution, as distinguished from what is in its By-Laws, another distinction which would puzzle most non-lawyers. And it would appear it is helpful to state a reason for the discrimination in the Constitution as well. In the case of the Holland Society, the constitution limits membership to descendants of Dutch Americans of the male line who immigrated before 1675. And the reason for this discrimination is to preserve the family names. Women are allowed to be associate members, however. Have you got that straight, ladies?

And now, we are all left floundering for an explanation of what an Association is, and why it isn't the same as a Society or a Club.

At first, the British Empire wasn't even British, it was English. English history, English religion, English unification, even English court intrigue, and gossip. When Sir Francis Drake brought home the Spanish gold, it was welcome enough, but it was just part of the English Revolution, on its way to becoming the British Empire. English settlers were just a curiosity, like the "Indians" they brought home. England was Ben Franklin's idea of home, left behind by his prosperous family because of largely religious quarrels. The silk-dye Franklins, by the way, had to start over at the bottom in Boston because Cotton Mather's crowd wouldn't accept their money, or see their side of a silly English religious quarrel. England was, in fact, everybody's home, intellectually, although that was fast coming to an end. Because of the plague and the fire, lots of things were coming to an end, and lots of other things were just starting. For now, the important thing was they were people of former substance, wide acquaintance, and thoroughly English. Whiggish and out of favor perhaps, but not seriously in rebellion.

When they got to America, the whole Franklin family was rambunctious and supported itself with sister Jane's invention of bar soap, her father's candle-making shop, and brother James' printer shop. They got in trouble somewhat with a straight-laced community, but most of their troubles would be called "scrapes" and "quarrels" of a family trying to re-establish itself in new circumstances. When he got to Philadelphia, Benjamin repeated the performance. Arriving at a strange town as a penniless teenager, he turned a print-shop into a chain of newspapers and was ready to retire to his hobbies and politics at the age of 42. Along the way, he learned to keep his mouth shut.

Franklin was not an aristocrat, but there were scarcely any aristocrats who did not seek him out. In spite of writing one of the most famous autobiographies in America, few people could be certain of his religion, his marital status, his politics. He was definitely not a Quaker, but for a while, he led the Quaker faction. He never went past the second grade, but would have won a Nobel prize if there had been such a thing, and financed his own research. He spent eighteen years living in London, inventing a musical instrument which pleased Mozart, and regularly visiting Parliament. When the King's Saint Paul Cathedral was struck by lightning, the King sought his advice. When King George III rejected this advice, the personal quarrel turned him into a personal enemy of the King. As a consequence, he finally turned rebel, joined the Continental Congress, and eventually helped write the American Constitution. At the Albany Conference of 1754, he had proposed a Union of the Thirteen Colonies and lived to see it a reality in 1789. But in spite of that, it took a personal confrontation with King George III to convince him Independence was a good idea. In spite of his greatly praised autobiography, no one suspected it of him. No one seems to have known. 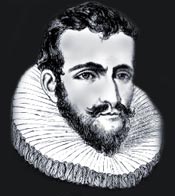 This was the last major place on the East Coast to be settled because it was a swampy snaggy pond, full of fish and birds. And soon, pirates.

Most of us recognize no difference between a Society, and a Club. But essentially, a club must not discriminate in admitting members, but a society can do so. You will have to ask a lawyer to explain that.

At first, Europe rushed to settle the new world. King Henry the VIII started it for England, and his daughter Elizabeth pushed it along by piracy and other aggressive methods to steal it away from Spain and the Pope. By 1750 the adjustment between the home country and its colonist empire was coming to a confrontation. On a geographic level it was two cultures separated by 3000 miles of ocean. On an economic level it was Mercantilism versus the Frontier. But politicians dominated the scene of owners versus debtors, aristocrats versus vassals, owners versus slaves. Hardly anyone recognized that the Industrial Revolution was starting to sort things out. The English Settlements