Whither, Federal Reserve? (1) Before Our Crash
The Federal Reserve seems to be a big black box, containing magic. In fact, its high-wire acrobatics must not be allowed to fail. Nevertheless, it may be time to consider revising or replacing it. 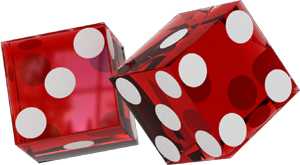 Let's make this as succinct as we can: The Trader's Option is this: what risks will the trader likely take with his employer's money, when he is placed in the position of getting half of any winnings, but when he fails, he only gets fired. Almost any newspaper reports the millions and millions commonly available to lucky traders. There are indeed some timid souls who refuse to take risks of this sort, but on Wall Street, no one wants to hire them. Wall Street wants buccaneers, unafraid of risks. Make your pile as big as you can, take your lumps when you stumble, goodbye. Most of the time, someone else will hire you after six or ten months. No one will ask whether your failures were due to lack of skill or lack of luck. Napoleon once summed it up. He didn't hate unlucky generals, he just fired them.

The odds for the trader are not bad: The Trader's Option compensates richly for the turmoil of a sudden short period of unemployment, which tough-minded traders regard as the price of doing business. But what about the employer? It was his money the trader lost; if the mistakes are bad enough, the firm will go out of business. Unfortunately, often not.

If the traders are poorly trained and poorly controlled if the risk management is more talk than performance, the managers, of course, need to be fired, but ultimately the company goes out of business. But if the Federal Reserve comes along and rescues the company with an infusion of cash when no one else will consider it, moral hazard is created. The Buccaneers will take this rescue as a challenging dare to take even more risks in the future; in the long run, more banks will fail because of soft-heartedness than from tough love. No one worries about the offending bankers, the worry is that the innocent bystanders will get hurt. This is counterparty risk. If the bank is big enough, tangled up with every other major firm, almost everyone in the country could be an innocent bystander.

We will probably never know for certain whether the chaos from letting Bear Stearns fail would have been worse than the moral hazard we now have from rescuing Bear Stearns. What's absolutely clear is that we must quickly get out of the position where these choices have to be made. The completely sensible position is laid out in the proposal by the Federal Reserve to establish a central clearinghouse for financial instruments like Credit Derivatives, which will collect proportional assessments from all participants in the market, to be held in reserve against a market collapse. Not to protect the offending firm which mismanaged its affairs -- that firm must die -- but to protect all the innocent bystanders, the counterparties whose funds were tied up and possibly lost by the offender. The purpose of this insurance policy is not to protect the offender, but to free the hand of the Fed to snuff him out promptly. No one gets hurt here except the offender, and he better get wallopped.

Because the assumption is that a well-run firm will police its ruffians better than an outside regulator can ever hope to do, and will do so even more vigorously if there is absolutely no hope of pardon. The alternative to this bloody-minded approach is the regulation approach -- the Keystone Kops approach.