Philadelphia Medicine
Several hundred essays on the history and peculiarities of Medicine in Philadelphia, where most of it started.

Health Reform: A Century of Health Care Reform
Although Bismarck started a national health plan, American attempts to reform healthcare began with the Teddy Roosevelt and the Progressive era. Obamacare is just the latest episode.

Health Reform: Changing the Insurance Model
At 18% of GDP, health care is too big to be revised in one step. We advise collecting interest on the revenue, using modified Health Savings Accounts. After that, the obvious next steps would trigger as much reform as we could handle in a decade.

Second Edition, Greater Savings.
The book, Health Savings Account: Planning for Prosperity is here revised, making N-HSA a completed intermediate step. Whether to go faster to Retired Life is left undecided until it becomes clearer what reception earlier steps receive. There is a difficult transition ahead of any of these proposals. On the other hand, transition must be accomplished, so Congress may prefer more speculation about destination.

A New Era in Politics: Clinton, Obama, and Trump
New forms of communication made the party system largely obsolete.

Mistaking Senate re-election of Harris Wofford to mean the country demanded reform of the medical system, newly-elected President Clinton announced he would create one. When stakeholders surmised he was making it up as he went along, they deserted him.

The health industry of America contains many professions and businesses in continual conflict for power and control; at 15% of the Gross Domestic Product, there is much to fight over. For more than fifty years, struggles and frictions have generally taken the form of proposals to change the system to someone's advantage but the disadvantage of others. By 1990 the systems had reached an equilibrium of sorts. Ninety percent of the public was covered by some insurance or government program, most of the remainder were not seriously sick, some who were sick and uninsured were illegal immigrants, charity seemed to take care of the rest. Most dissatisfaction voiced was not so much related to serious hardships that the public could notice, but rather to reimbursement, bureaucratic fumble, and fairness to providers of care. Almost everyone could see some feature to be improved, but no one's protest could be entirely trusted. The mood of the public was one of uneasy grumbling.

We can see today that even eight years of William Clinton's presidency would surface very little personal ideology about the medical system. It seems reasonable to conclude he wanted to be President because he had unusual talents for getting elected and managing quarreling legislatures; he wanted to use those talents for something. For reasons which were not quite adequate, Clinton chose to make his mark as the man who reformed Health Care, a topic about which he knew little.

The approach adopted was to convene a large committee of everybody with a major complaint or proposal about health care, hoping thereby to construct a coalition of proposals which might represent the votes needed in Congress to get the package adopted. Opposition by the Republicans was assumed, resistance by the people currently in charge of health care delivery was expected. A few people would have to be bullied, a few would have to be bribed. Normal politics indeed.

In general, that was a system which worked successfully many times when he was Arkansas governor. It didn't work this time because the national scale is so much larger than the scale of a small agricultural state. Major revision of the medical system cannot be sneaked through, nor can you stampede the public on a subject where everyone has something to say.

The College of Physicians of Philadelphia annually sponsors a lecture by a winner of the Nobel Prize in Medicine or Physiology. There is never any doubt of the high quality of any such lecture, but it does add an element of local pride whenever the Nobel Laureate comes from Philadelphia, as he did this year. Michael S. Brown, MD graduated from Cheltenham high school in 1958, received a B.A. from the University of Pennsylvania in 1962, and his M.D. degree in 1966. Nineteen years later, he was awarded the Nobel Prize in Medicine for his work in describing the cholesterol pathways, and the human defects in it which lead to heart attacks, strokes and other consequences of atherosclerosis. Almost immediately, Japanese investigators found the so-called stain drugs being produced by relatives of the penicillin mold for no, particularly obvious purpose. The patents have not yet expired on most of these drugs, but many millions of people have already been spared death or disability from hardening of the arteries, the commonest killer in modern life.

The speaker, now a gastroenterologist practicing in Texas, chose to organize his talk around the manner in which biochemical discoveries are currently being made. Physicians in medical research endure news media presentations, usually in silence, of scientific research performed by basic scientists with Ph.D. degrees, with MDs then merely dispensing the drugs. It sometimes happens that way, but in general, the basic scientist is too highly focused on the techniques of the scientific cutting edge to be well positioned to see the direction that should be taken next. The physician-scientist, on the other hand, is aching to find a solution to current problems, but often lacks the necessary technical skills to perform the experiment. James Shannon, one of the early directors of the National Institutes of Health, recognized this mutual deficiency was impairing progress and set about establishing training programs for cross-fertilization between the scientific approaches. Dr. Brown was one of the early trainees of that program, and now describes its glories, going from the patient bedside to the scientific laboratory bench, and then back to the bedside to test the results. Competition has morphed into collaboration.

Some day, someone will conduct a study of Nobel Laureates, seeking out the traits which characterize them. The next step after that would probably be cloning them, although public opinion will first have to catch up with that thought. From an observers point of view, Nobel prize winners all seem gifted with the ability to give a logical, entertaining and succinct description of a complicated matter. Almost all of them are located in very large research environments, where news of small scientific discoveries in obscure scientific journals is quickly picked up by a hundred eyeballs, filtered for the benefit of the local enthusiast of the topic, and often fitted together with something which that enthusiast has discovered but not published, or published too recently to be well known. Research is not just expert marksmanship, it is marksmanship within a boiling cauldron of undigested facts. One other thing about Nobel Laureates: as a group, they tend to drive over the speed limit, even when going to the local supermarket.

Anyway, it's really nice to take the statin drug and watch your cholesterol go down, secure in the knowledge that invisibly your longevity is improved. There's just nothing more attractive than having more longevity. At least, it's hard to imagine what would ever replace it in attractiveness. 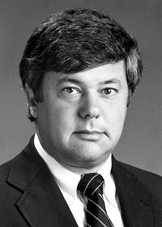 A locally trained Philadelphia physician has won the Nobel Prize in Medicine for saving millions of lives with the "statin" drugs.