Whither, Federal Reserve? (1) Before Our Crash
The Federal Reserve seems to be a big black box, containing magic. In fact, its high-wire acrobatics must not be allowed to fail. Nevertheless, it may be time to consider revising or replacing it.

Causes of the American Revolution
Britain and its colonies had outgrown Eighteenth Century techniques of governance. Unfortunately, both England and America lacked the sophistication to make drastic changes smoothly. 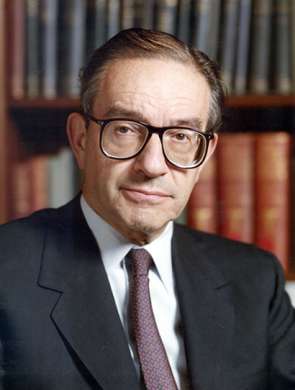 George Washington in Philadelphia
Philadelphia remains slightly miffed that Washington was so enthusiastic about moving the nation's capital next to his home on the Potomac. The fact remains that the era of Washington's eminence was Philadelphia's era; for thirty more years Washington and Philadelphia dominated affairs jointly.

Milton Friedman won the 1976 Nobel Prize in Economics (more accurately, the Bank of Sweden Prize in Memory of Alfred Nobel), for generating controversial ideas made even more annoying to his professional adversaries by his matchless knack for attaching memorable slogans to them. A phrase in question is that "Inflation, always and everywhere, is a monetary phenomenon." Turned around, the converse emerges that the great deflation and depression of the 1930s was caused by a global monetary shortage. Then, to extend the same idea to the American Revolution, it could fairly be argued that inept British contraction of colonial coinage had a lot to do with provoking us to seek independence.

Following the French and Indian War, the colonies experienced a major commodity depression which seems to have been caused by wartime shortages followed by post-war surpluses (associated with failure to adjust to the resulting financial confusion). In Milton Friedman's theory, it is the task of any government to maintain stable prices by balancing the amount of currency in circulation with the size of the gross national product. In 1770, the British Exchequer would thus have had to expand and contract the amount of currency in circulation pretty rapidly to maintain economic stability in the bumpy Colonial economy. Essentially, they had to ride a bucking broncho three thousand miles away. In the Eighteenth Century, there was no trace of understanding of the issues involved. Adam Smith's Wealth of Nations was only published in the fateful year of 1776, for example. Even if the techniques for maintaining stable prices had been crystal clear, there was a thirty-day lag in communication across the Ocean, and comparable lags between the colonies, where different imports and exports were affected at varying times. So it is a little harsh to blame the British for the chaotic result, except to notice that strongly centralized, the trans-Atlantic government was by nature unsuitable for managing rapidly-changing problems, currency and otherwise. The British government had more than a century of experience that should have made that clear. That's what the colonists said, in effect, and their solution for it was Independence.

If you believe Friedman, a shortage of coinage causes a fall in prices or deflation. To correct that, you need a central banker constantly fine-tuning the currency. But banking in the colonies was too rudimentary to consider such a thing. If you needed a mortgage, you went to a prosperous neighbor and borrowed directly from him. That was fine because prosperous colonists had limited opportunities to invest their money conveniently, except by loaning money to their neighbors. Indeed, local communities were knit together socially by the mutual assistance of successful farmers directly assisting their less fortunate neighbors. However, pioneer farming

communities are far too unsophisticated to remain tranquil when problems arise out of abstractions. Suddenly and without apparent explanation, in 1770 there was no money for anybody to use, and the fellow with a mortgage on his farm couldn't make his payments even though he was otherwise entirely successful. His creditor himself than couldn't pay his own bills, and eventually, even the kindliest ones were driven to foreclose the mortgage. It was said to be common for a farm worth $5000 to be sold to satisfy a mortgage of $100. And in this way, many honest and once-prospering farmers were forced to walk past their old home, now owned and occupied by a formerly friendly neighbor. It all seemed bitterly unfair, no one understood what was happening, evil motives were readily suspected, and old religious and personal grievances were heightened. When the British finally imposed a total ban on paper money as well as a prohibition of the export of British coinage outside the United Kingdom, things became almost impossible to manage. Almost no one knew exactly what was going on, but everyone could see it was bad. The colonies rapidly deteriorated toward class warfare, which is what the division between Tories and Rebels was soon to become, with both sides quite rightly asserting they were not responsible, and quite wrongly asserting the other must be.

From a far distance, it can be readily perceived the primitive banking and transportation systems of that time were inadequate to respond to the rapidly changing financial problems of a global empire; and it can be readily surmised that many other non-financial issues of governance were similarly hampered by attempting to centralize control over vast distances. In that sense, the colonists were approximately correct in directing their indignation to the person of King George III, whose mother was constantly nagging him to "be a real King". He had the particular misfortune to be dealing with Englishmen, deeply aware of the hidden political agenda made possible in the 13th Century by the Magna Charta and made explicit in 1307, when Edward I agreed not to collect certain taxes without the consent of the realm. Essentially, Parliament placed taxation in the hands of the people, who consistently withheld consent until the king gave them just a little more liberty. This was the reason irksome micromanagement of the distant colonies was immediately countered with the cry of "No taxation without Representation" since membership in the House of Commons was a traditional and historically effective means to the end. But it was getting late for this solution. Maritime New England now wanted to go further than that in order to dominate Western Atlantic trade. Virginia and the rest of the South wanted to go all the way to Independence in order to exploit the vast empty interior wilderness of Ohio and beyond. But the Quaker colonies in the middle felt quite sympathetic with John Dickinson's advice to remain part of the Empire and make a stand for representation in Parliament. When the Lord Howe's British fleet appeared in lower New York harbor an immediate choice had to be made, and ultimately the Quaker colonies were swayed by Benjamin Franklin's embittered report of his mistreatment in Parliament, and his assessment that he could persuade the French to help us. However reluctant they were to resort to force, the Quaker colonies had to choose, and choose immediately: either flee as Tories to Canada, or stand and fight.

i learned alot about the deppression era.